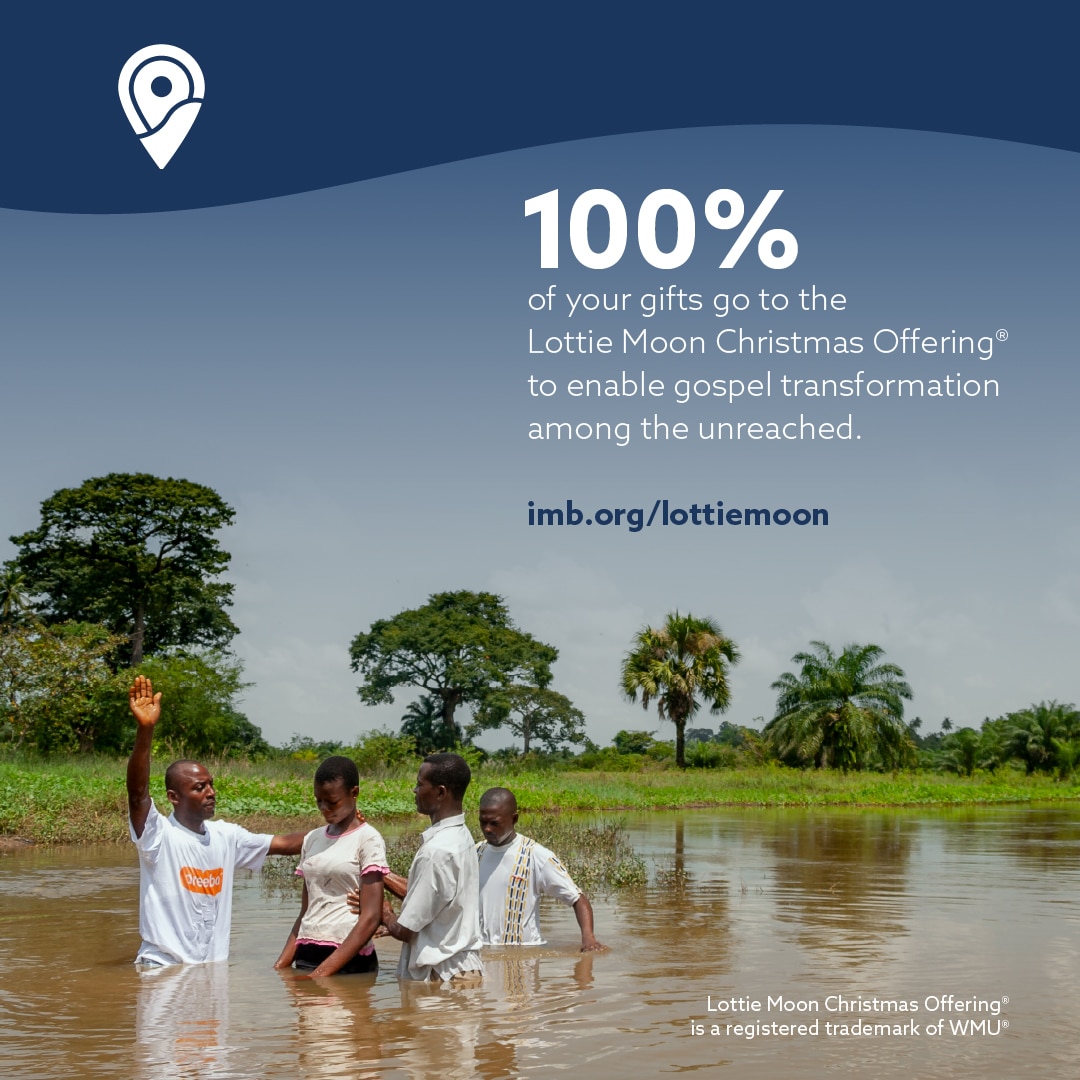 Reaching the Nations, Together.

Lottie Moon was sent as a Southern Baptist missionary to China from 1873 to 1912. She saw firsthand the world’s greatest problem – LOSTNESS. Meeting so many people who had never heard the gospel compelled her to write letters to American churches describing the need for a greater missionary presence.

She pleaded for increased prayer and financial support to send and sustain more missionaries. This challenge became known as the Lottie Moon Christmas Offering®.

Every year, Southern Baptist churches collect an offering to send and support missionaries to be steadfastly present among those who have never heard the gospel.

To designate your gift to the Lottie Moon Christmas Offering, simply select “Lottie Moon” from the Fund drop-down box when making your donation.

Return to the Hub